On Saturday, roughly six months after we moved in, A and I had a little rocket-warming party to celebrate what’s finally beginning to feel like home. We don’t have people over too often, so I decided to feed our friends in addition the customary alcoholic offerings. Being nowhere near the expert level necessary to hold a full on dinner party for thirty people, hors d’œuvres seemed the most reasonable plan of action.

Let me preface the rest by saying that, though I’ve prepared some of these things before, I have never prepared this much food for a party, certainly not on my own. I gave myself four hours to get it all done and to get dressed, which was not enough time. Fortunately, I have lovely friends who helped! Next time [and hell yes, there will be a next time], I’ll probably begin everything six hours prior, to be on the safe site. On to the menu!

This is exactly what it sounds like. It’s my spin on the classic cucumber sandwich, which is usually made with cream cheese. Just cover two pieces of bread with goat cheese, add a layer of peeled cucumber slices in between, cut off crust and then cut in two. Super easy, kind of time consuming. Worth it.

I fucking LOVE this Hawaiian dish. I loosely followed this recipe, adding Siracha to the sauce [AMAZING] and skipping the rice wine. Also, I just rinsed the rice 4 times and cooked it as usual in the rice cooker, and since I don’t own a musubi press, I used a wide rice spatula to compact the rice. Do it. This will take about an hour and is, once again,  completely worth it. Even Courtney, who had said that there is no way she will eat Spam, was into it.

Also on the menu:

Overall, it was all fairly simple, the only snag being time. Nothing burned and all the food was consumed with rave reviews, save for a few apple slices and the three truffles in the picture above. 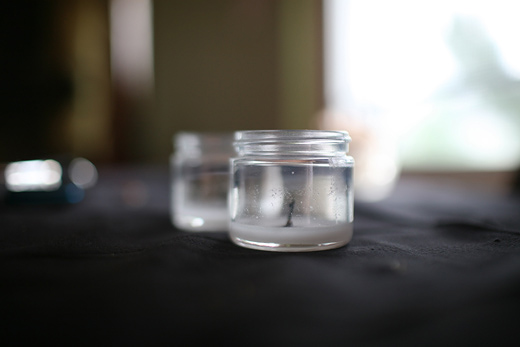