Hello from the Dubai tourism board!

This is a direct cross-post from Coilhouse, my appologies to anyone who is reading it twice. 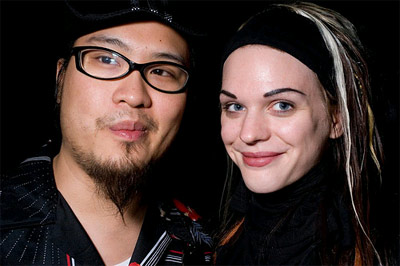 Friends, one of Our People is in serious trouble.

Mildred’s partner, Diz, has been arrested in Dubai for melatonin, an over-the-counter aid for jet lag. You can read the full story here, on Mildred’s LJ. I quote:

We kind of knew he would be profiled because he has long hair and looks oriental (they are very racist against Asians in Dubai, and ultra-conservative). He knew the score going in: prescription drugs are illegal, dress conservatively and detox for a week (even trace amounts of either illegal or prescription drugs in the urine are prosecuted as ‘drug smuggling’. I’m not joking). They found melatonin on him, which he bought over the counter in the US. Legally, you can even buy it over the counter in Dubai. They arrested him, anyway.

He was strip searched, forced to do a urine test and thrown in jail. In their search they dug into the bottom of his bag and came up with a few fragments of dirt, which they allege is hashish, a total and utter fabrication. They also claimed that the melatonin was actually drugs, which was clearly a lie.

The sentence if convicted is a blanket four years, with a minimum of six months in prison in one of Dubai’s squalid, third world facilities.

I can’t think of a less deserving person for this to have happened to, this being the guy who offers shelter to his friends, campaigns for animal rights and subscribes to daily_puppy. Diz’s drug test came back negative and the melatonin has been cleared, but the authorities are still detaining him over the clump of dirt, which they’re still testing. We are all hoping that, in the next week, Diz will be released with an apology and sent home. If not, we are ready to wage all-out media war to bring him home.

Travelers need to know the image of Dubai a safe, modern tourist destination is a mirage. I don’t care if they have The Hydropolis, I don’t want any of you going there. What happened to Diz can happen to anyone, and now we’re just keeping our fingers crossed as we wait for news.

Please see Mildred’s LJ post for further details about this story. Please read the post before asking questions. Thank you everyone for your support! A special thanks to Warren Ellis for helping spread the word.