Flash-mobbin’ the Observatory with Annah and Josh 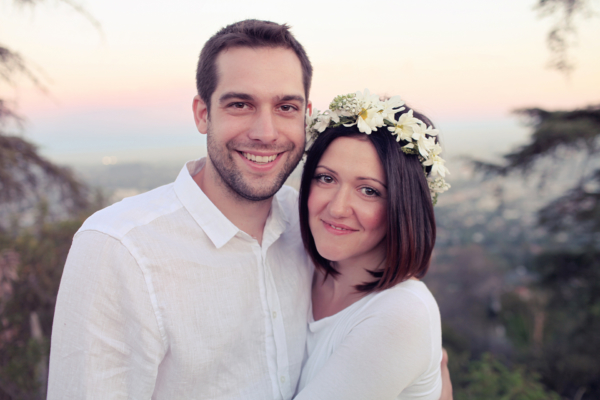 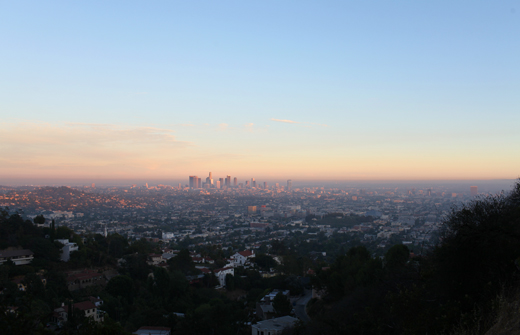 A big Dublin update is coming on Monday, but first I’d like to share some photos I took before leaving, near the Griffith Observatory in Los Angeles during my dear homeslice Annah’s wedding. 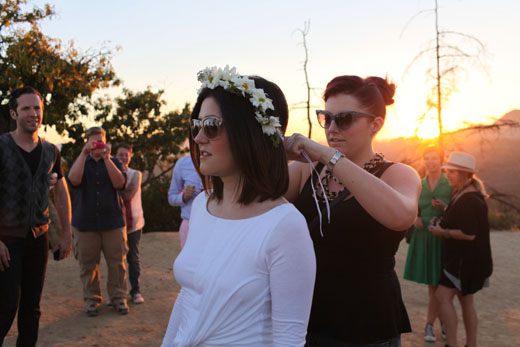 Annah, whom you should know as TheBelleFace on the ‘wubs, is one of my longest-time friends. We met at the San Francisco Art Academy dorms in 1998, when I was taking a summer comic book illustration class. We’ve seen each other through countless moves, loves and changes, and her marrying the delightful dude that is Josh (these are also the fine folks I went to the Amazon jungle with, by the way), in a small, flash-mob-style wedding was one of the happiest moments of MY life. Seriously. 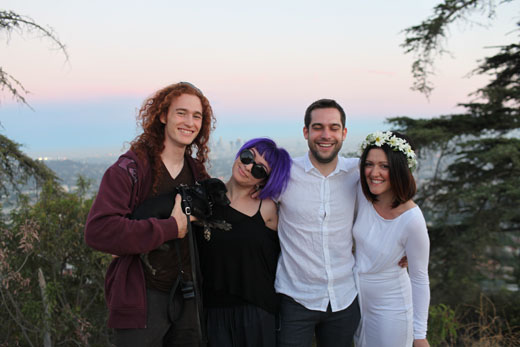 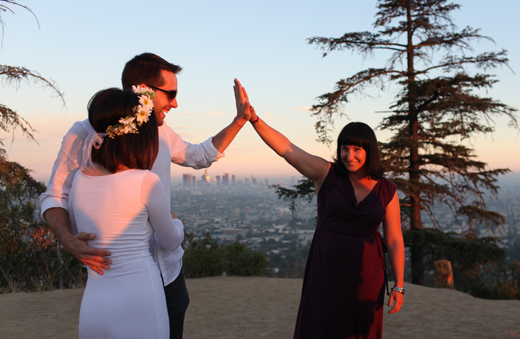 Weddings aren’t allowed at the Observatory, so guests’ instructions were to act casual until exactly 8PM, with the ceremony taking place at exactly 8:05. Annah’s buddy Karen did the honors, looking regal and giddy. A magic hour high five before the nuptials, above. 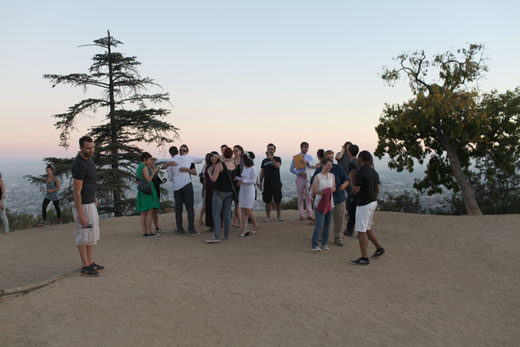 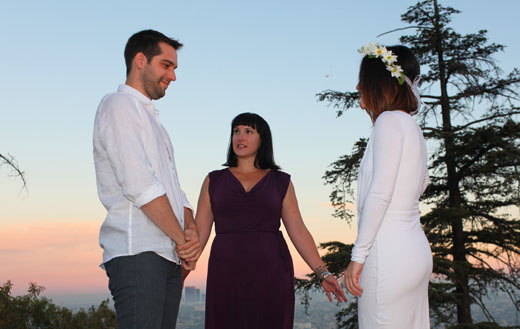 I’m not sure who was the most nervous of these three, but the energy was superelectric. After vows were exchanged, Karen said, now famously, “You may now slap a bitch”, and more high-five action occurred. High fives all around, then happy smooshings and photos galore, of course. 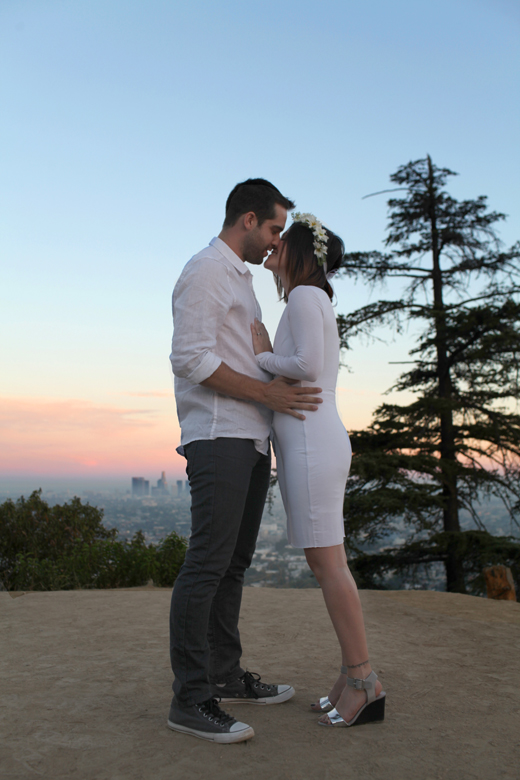 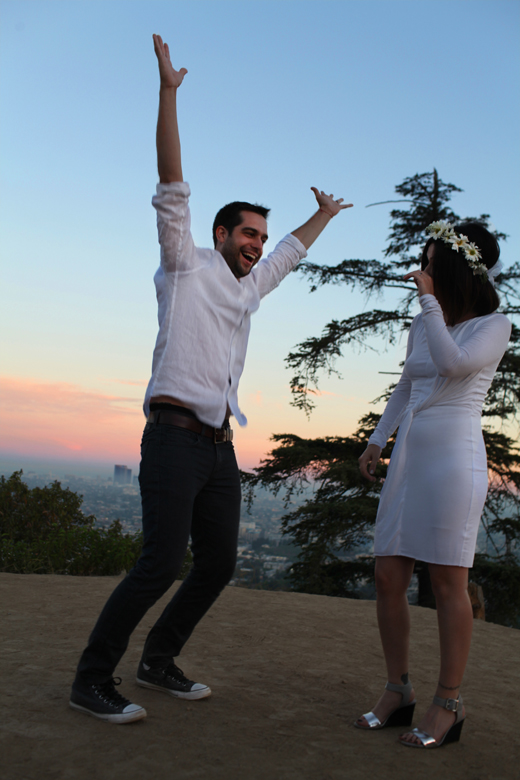 This is why it is imperative these pictures are seen by you guys. The happies, so powerful! 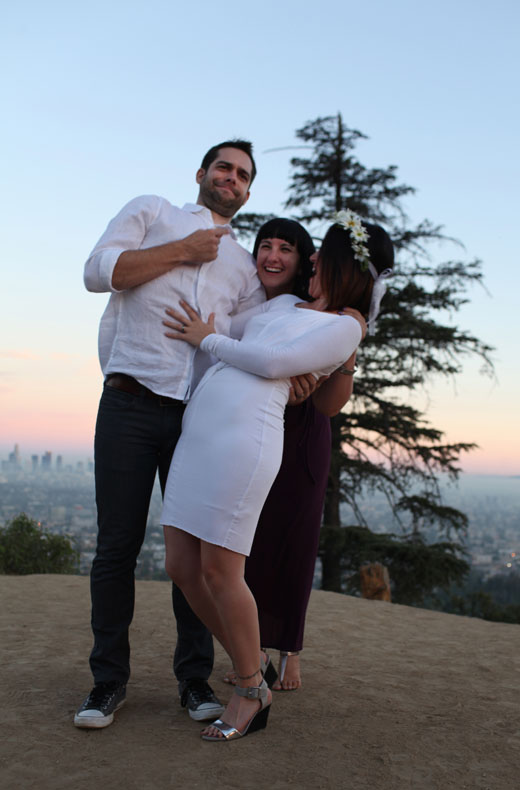 The nerding, so intense! 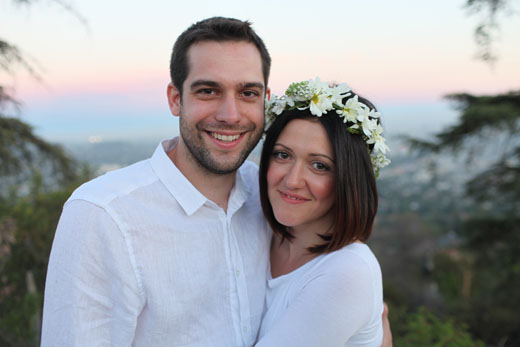 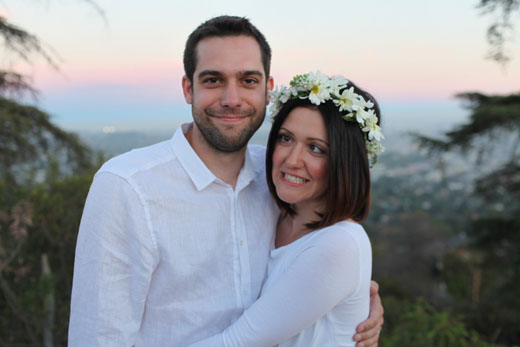 Geez, these two. You can watch a video-recap of the entire, one-minute “ceremony” here, where you can hear me say “Nyarf” at the very end. I may have shed a tear, but you didn’t hear it from me. Now, I die and hope you enjoyed the brief sentimental respite from my moving updates. Photos of Gasper and mine park-exploring in the hour prior to the wedding, below. 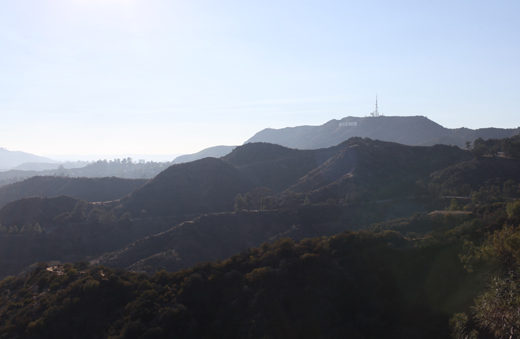 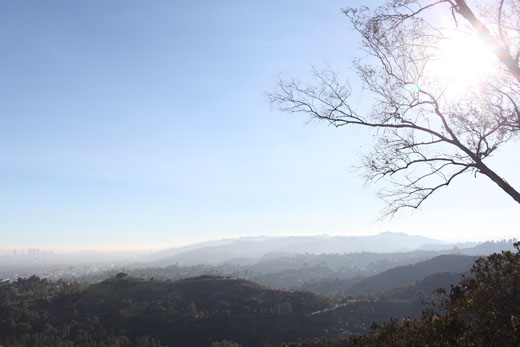 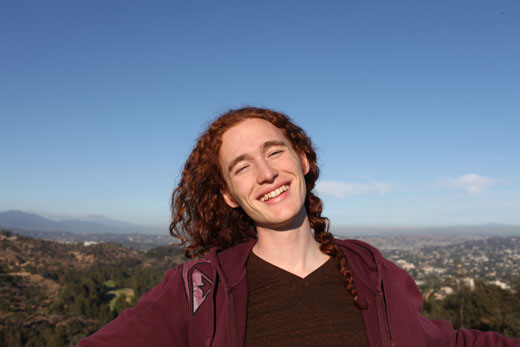 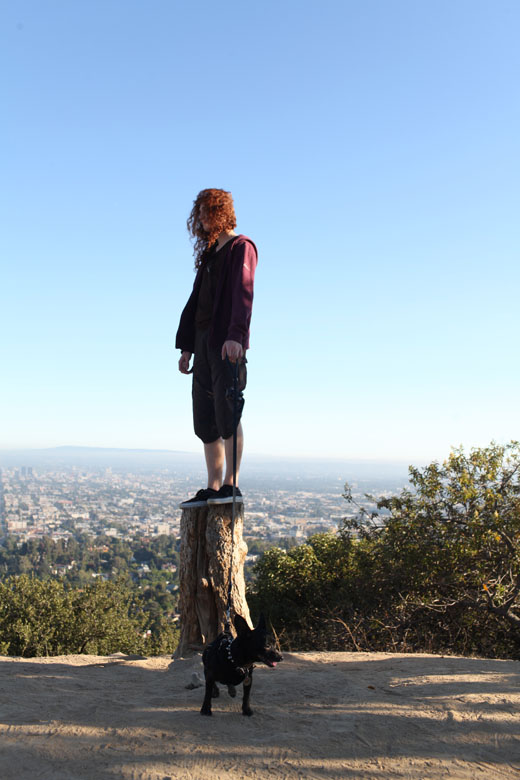 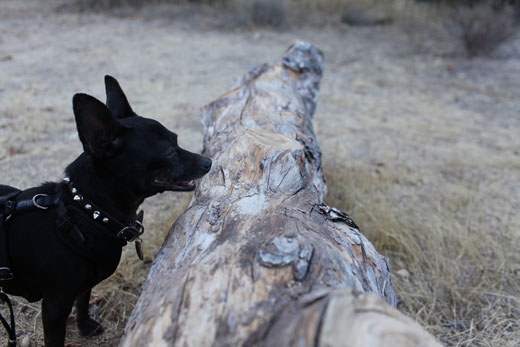 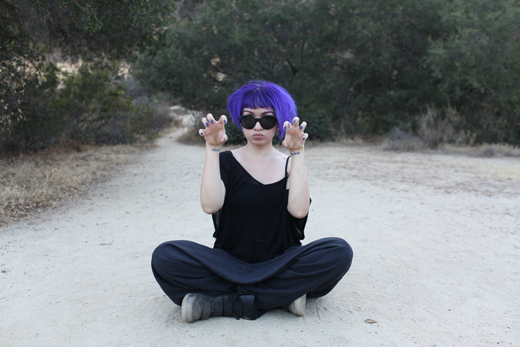 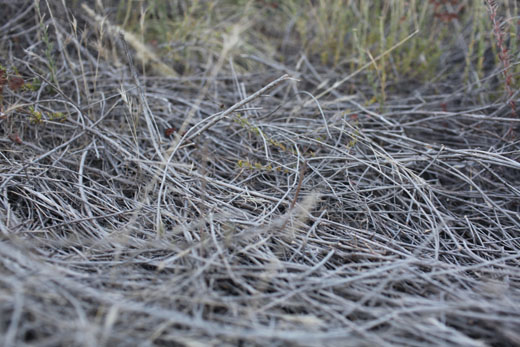 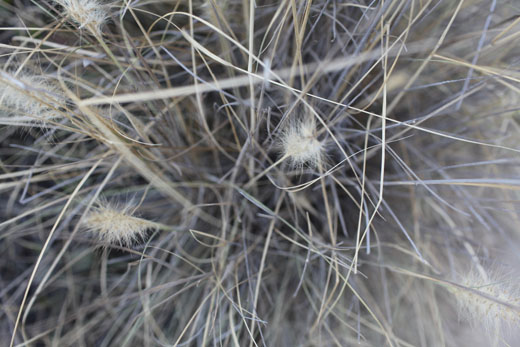 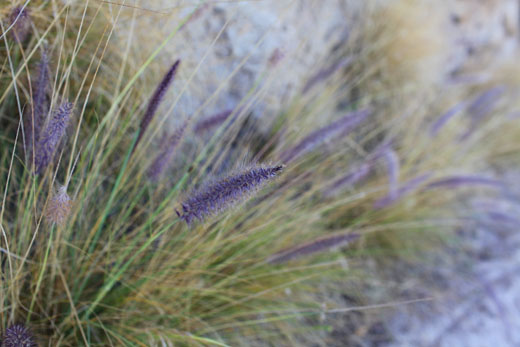 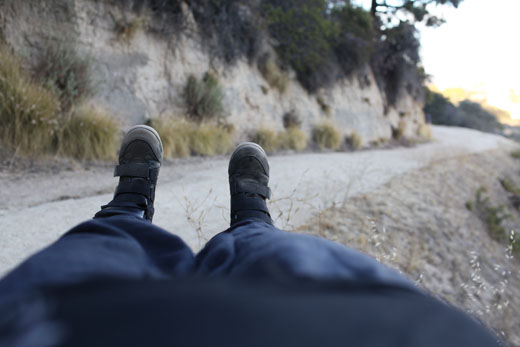 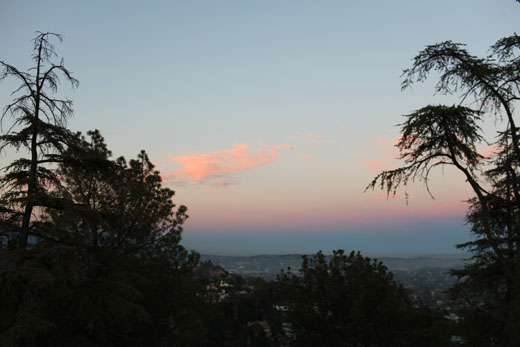 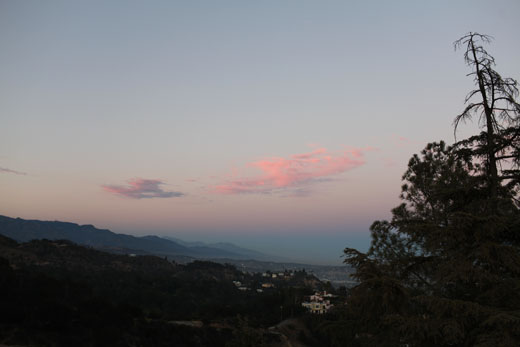