Style Dispatch 010 – Über, In the Key of Yellow 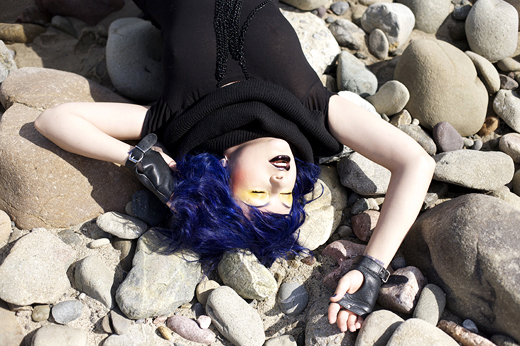 This was initially meant to be a shoot for a long-overdue make up tutorial I promised Haute Macabre. However, when good friend and photo-sniper extraordinaire Lou O’Bedlam volunteered his services, we knew it had to be MORE. I’ve also been meaning to do these epic pants justice for quite a while. 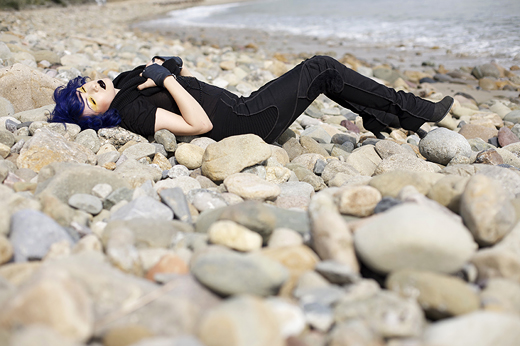 Mhmm. I acquired these bad puppies sometime last year and actually can’t believe it took me this long to capture them. Perhaps I just needed the right pair of shoes, and my mom happened to give me these minimalicious-yet-witchypoo ankle boots from her collection around the holidays. 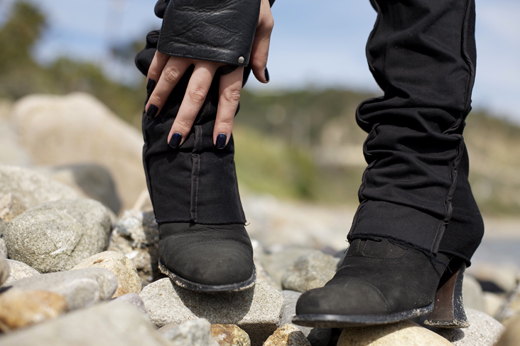 Over the weekend Lou and I zoomed down to somewhere between Pacific Palisades and Malibu, armed with a Canon, a Polaroid and a medium format camera. The day was beautiful, the cloud coverage was right and the wind was icy. The latter didn’t stop the a handful of intrepid surfers from getting into some of our shots. They’ve since been removed.

On with the show: 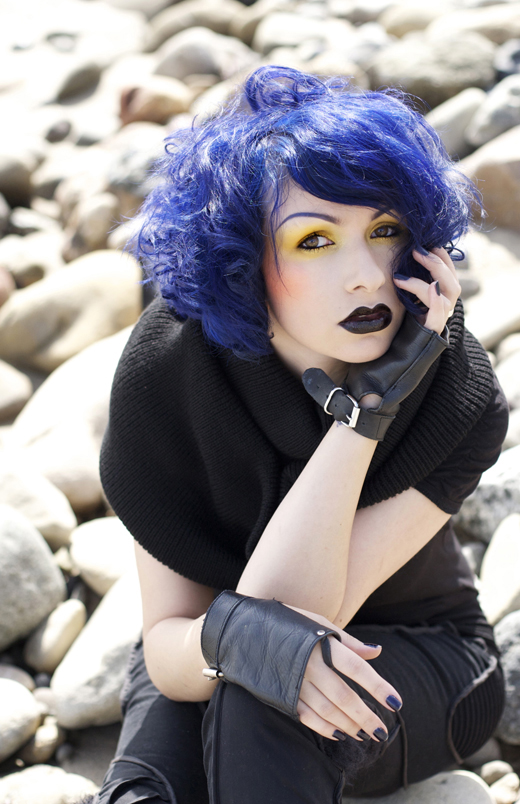 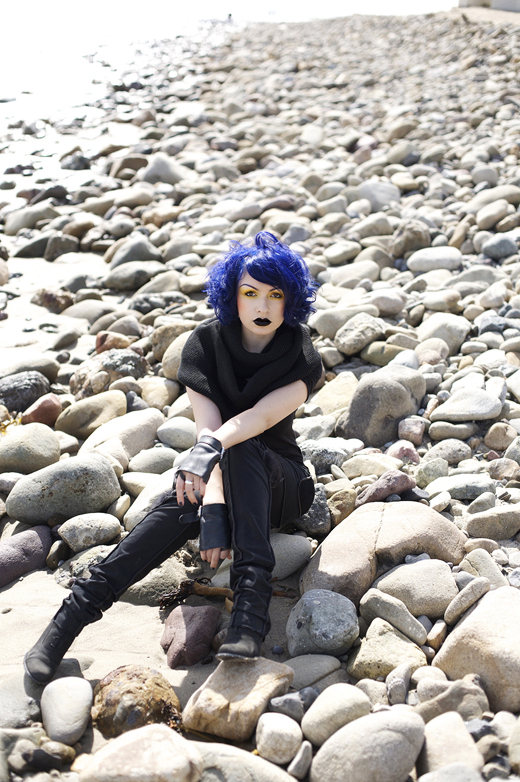 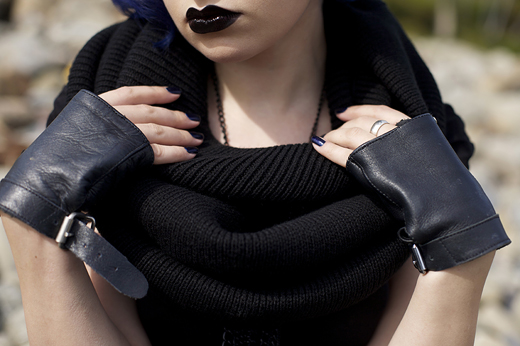 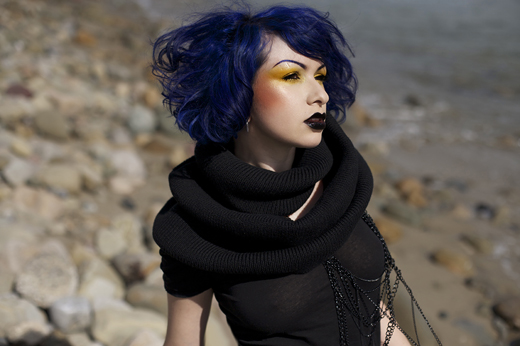 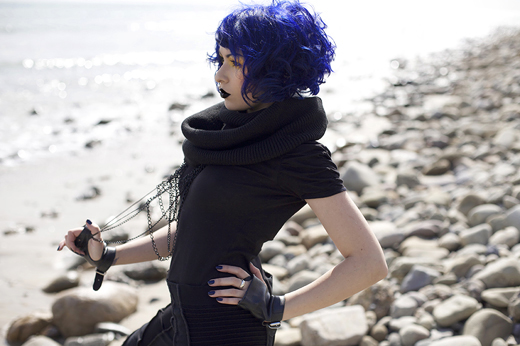 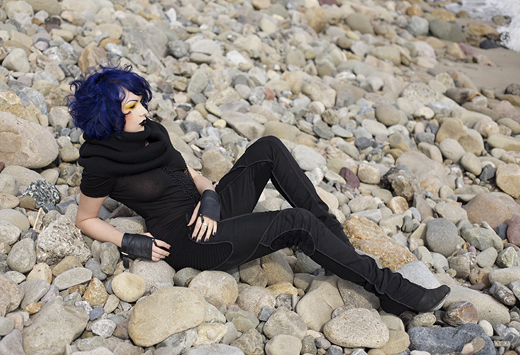 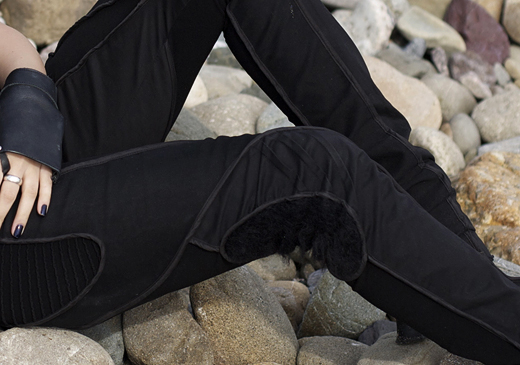 Lest we forget the makeup tutorial! It’s now up on Haute Macabre. Indeed, black lips can be done, especially with enough gloss. 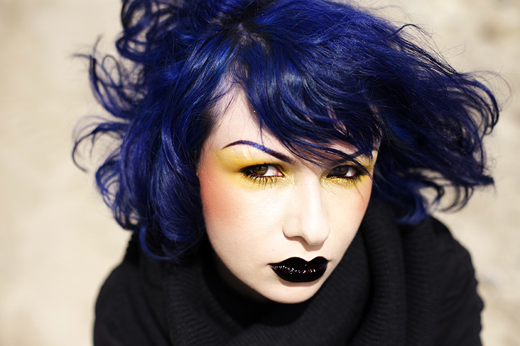 A minor note, since some of you asked: I often can’t find the exact items I’m wearing, so I link to close proximities. In my opinion it’s fine anyhow, because in most cases it’s the overall structure that makes an outfit, not brands.