Wow! Really amazed at all the make-up histories popping up in the comments of the two NMUW posts here, so far. Many similar tales, and quite a few opposing ones, too. Some peeps grew up hating make-up, some were pressured to wear it by their families, others never really liked it to begin with and don’t much bother with it now. Interesting stories to be found here and here. Also, the ladies over at Auntie Wicked have a write up a la mine, and of course there is No Make-up Week’s home base, here.

First, as promised, here are the brave Biorequiem readers who decided not only to participate in NMUW, but also to share their naked faces with the world. Can I get a collective Rarrr!? Thank you all! 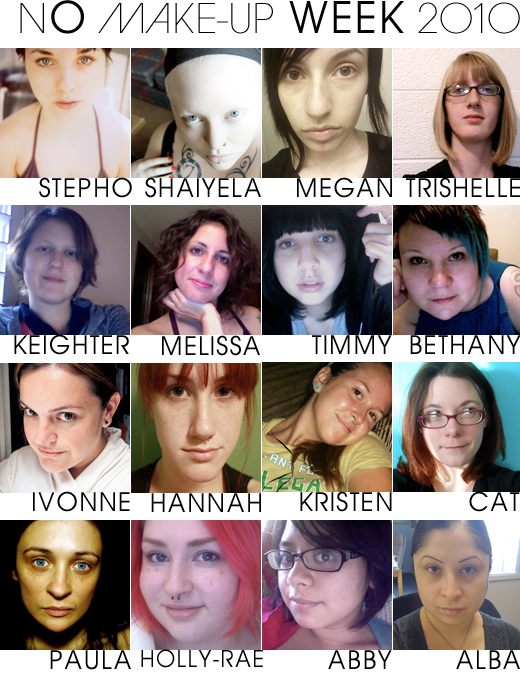 Now, today’s menu: men who wear make-up and the pesky, persistent stigma surrounding this concept. This topic is as irritating as it is attractive, so I’ll be augmenting my mini-rant with stimulating imagery. 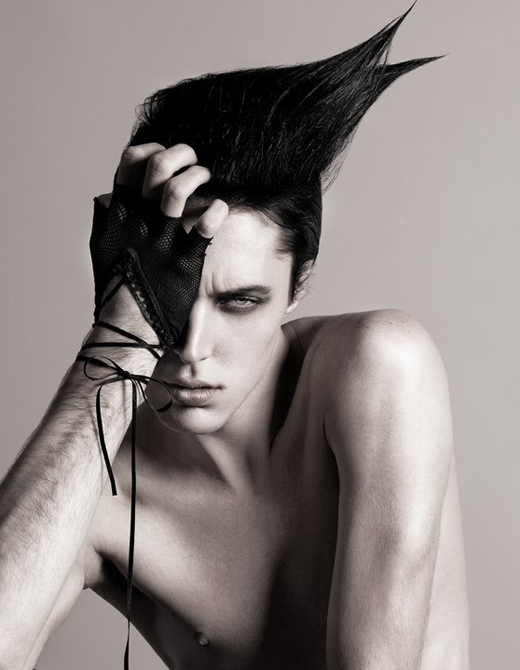 So, my first crush was on a sad harlequin doll. I was maybe 6. I talk about this in an ooold Coilhouse post, where I blame my love of painted boys entirely on that doll and Pierrot. Childhood fantasies aside, I find made-up men infinitely attarctive. And I’m not saying that boys without make-up aren’t alluring, but well applied make-up just does it for me.

Somehow, make-up on men is still not exactly commonplace today. Sure, it’s around, it’s just not quite “normal”. We have lots of great man make-up in fashion photography and a few celebrities in so-called “guyliner” [Not a fan of that term. Also, remember Richard from LOST?] are sprouting up here and there, but, despite all the context of ancient Egypt and the Elizabethans and the decades of glam rock and drag, today this is still an exception. 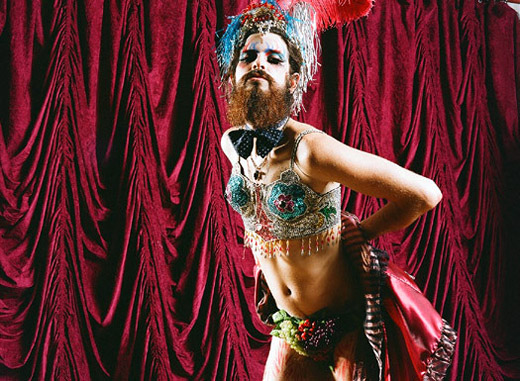 Make no mistake, it being an exception as opposed to standard is part of the appeal, for me anyway, but I very much wish make-up on men was just… accepted, so that our powdered pretties could wear nail polish to the office without fear of reprimand and meet our parents without dads sternly scrunching their eyebrows in unified disapproval.

While we’re on the topic, a few links, from my googlemancery of the day:

Rrr. Is that the best we can do, internet? It irks me to see terms like “metrosexual” being cooked up to define someone who wants to throw on a little eyeliner and bronzer, and it depresses me to see that the same old confidence-blasting “you need make-up” nonsense is being fed to men. 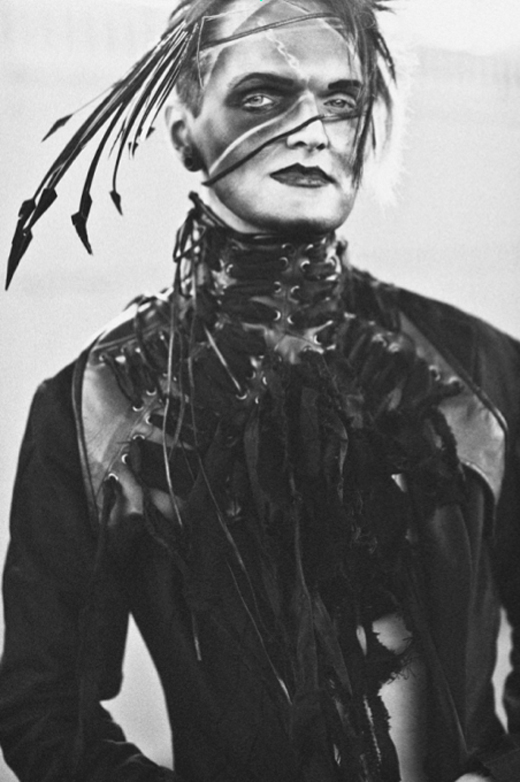 Clint Catalyst in Mother of London by Dirk Mai

So many questions surface in my weary brain, like: do we really need definitions and separate lines of men’s cosmetics? Can we agree that make-up is fun and leave it at that, or do we require degradation to be made into loyal customers? Personally, I think including men in cosmetics campaigns, along with removing words like “flawless” and “better” would do wonders, but I suppose that’s a naive opinion that doesn’t factor in Maximum Profit. Either that, or I’m correct and everyone should listen to me right now. Whatever the case, with an open heart I keep hope alive that kinder, more accepting times are fast on their way, and twenty years from now man make-up with be at least as prevalent as, say, hair extensions.

In lieu of instant change, I hope you’ve enjoyed the brazen objectification herein. Last, but not least, Miyavi. A distant relative, perhaps?